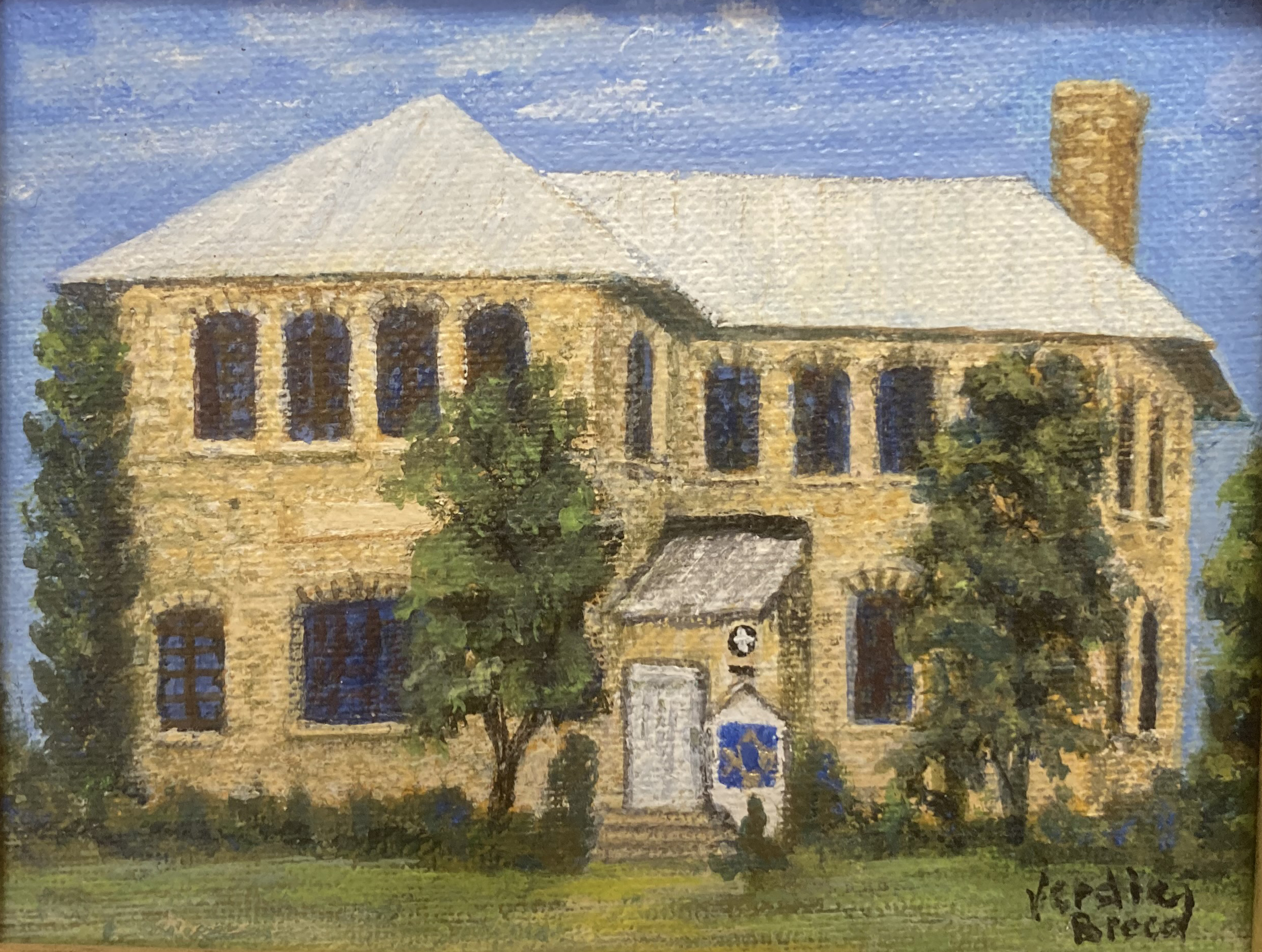 Rambo Masonic Lodge No. 426 in Dripping Springs, Texas was chartered in 1875 and is named after a local landowner R.J. Rambo. Physically located in downtown near the intersection of Mercer Street and Old Fitzhugh Rd, the address is 103 Old Fitzhugh Rd. The building, recorded in 1968 as a Texas Historic Landmark, was originally Dripping Springs Academy founded in 1881 by W.M. Jordan, a noted Baptist Preacher. The stone building was given to Pedernales Baptist Association in 1883; then to the Public School District in 1889. A second floor was added in 1920. In 1952 it became the property of Rambo Masonic Lodge #426 A.F. & A.M. and its ownership remains the same today. (Oil on canvas painting by Verdie Breed)